Cheapism may earn a commission if you buy through a link on our site.
Leer en Español
Sportstock/istockphoto

The Best All-Mountain Snowboards for Every Rider

Cheapism is editorially independent. We may earn a commission if you buy through links on our site. Learn more

The best all-mountain snowboards let riders cut through powder, carve into hard pack, and grab air with ease. The big players include Burton (which pioneered the sport in the 1980s), K2, Gnu, Lib Tech, and Capita, but there are dozens of snowboard brands and models available, making it difficult to identify standout snowboards. Professional reviewers truly agree on only a handful of boards. User feedback is scant, and negative comments are almost impossible to find on retail sites. Given the lack of reviewer consensus, and because there are so many options available, experts recommend first renting a few boards to find the one that best fits your style of riding.

This roundup focuses on all-mountain or all-terrain snowboards, which are designed for a day on the slopes in average conditions, whether you like to cruise groomed runs or ride the halfpipe in the terrain park (the place to practice tricks and stunts). We consulted professional reviews from outdoor-sports websites Snowboard.com, TransWorld, and OutdoorGearLab and retailers like The House, whose employees rigorously test top-selling boards, as well as enthusiast video reviews and blogs to identify the best all-mountain snowboards for beginners, intermediate, and advanced riders, plus models for women and kids.

A word to riders looking for cheap snowboards: Expect to spend at least $200 for a good beginner snowboard and as much as $600 if you're a seasoned rider. You can save as much as 50 percent off the price of a current-model-year snowboard by purchasing a brand-new model that's a year or two older. Manufacturers tweak their deck designs from year to year, but the changes tend to be incremental, and you're not likely to notice them when you ride, experts say. Closeout deals are easiest to find at the beginning and end of the season.

Prices and availability are subject to change.

Before we get into our picks, here's a brief look at some key components:

Shape: Directional and directional-twin boards are wider at the tip of the board and narrower and stiffer at the tail to make controlled turns and keep the nose on the surface of the snow. True twin snowboards are symmetrical from tip to tail and let park riders easily switch stances as they perform tricks.

Flex: Snowboards are designed to bend and twist in two directions: tip to tail (longitudinal) and side to side (torsional). The less flex, the more responsive a board is. Skilled, aggressive riders usually prefer stiff boards that can hold an edge when carving at high speed. Beginners should look for a soft board that will forgive the tendency to overcompensate in turns, a rookie mistake.

Camber: The arch a board makes when it's laid on a flat surface. A high, spring-like snowboard camber allows for more aggressive turns, jumps, and responsiveness at high speeds.

Rocker: An inverted camber that gives the board a slightly bowed base with a raised tip and tail, making it less likely the board will nosedive in powder or catch an edge on turns.

Width: Measured at the waist of the board, its narrowest part. For a proper fit, your toes should be close to the edge of the snowboard without hanging over.

Length: When stood on end, a board should extend to somewhere between your nose and your chin. A shorter board is good for tricks, a longer board for aggressive carving and riding powder.

Takeaway: Burton is the biggest manufacturer of snowboards in the world and has been doing it for longer than just about anyone else. In the process, the company has cultivated strong brand loyalty for Burton snowboards like the Ripcord. It's pricier than many beginner boards, but experienced riders appreciate how it stands up to a more aggressive style. This directional snowboard has a gently rockered baseline with a fair amount of flex, inviting riders to lean back and cruise through fresh powder without getting bogged down. That means the Ripcord isn't very snappy on turns, especially when going fast, but it's great for mellow tricks like buttering and forgiving if you want to explore the terrain park. This board is most at home on groomed runs, but it can handle choppy terrain, too. The Ripcord carries a three-year warranty. 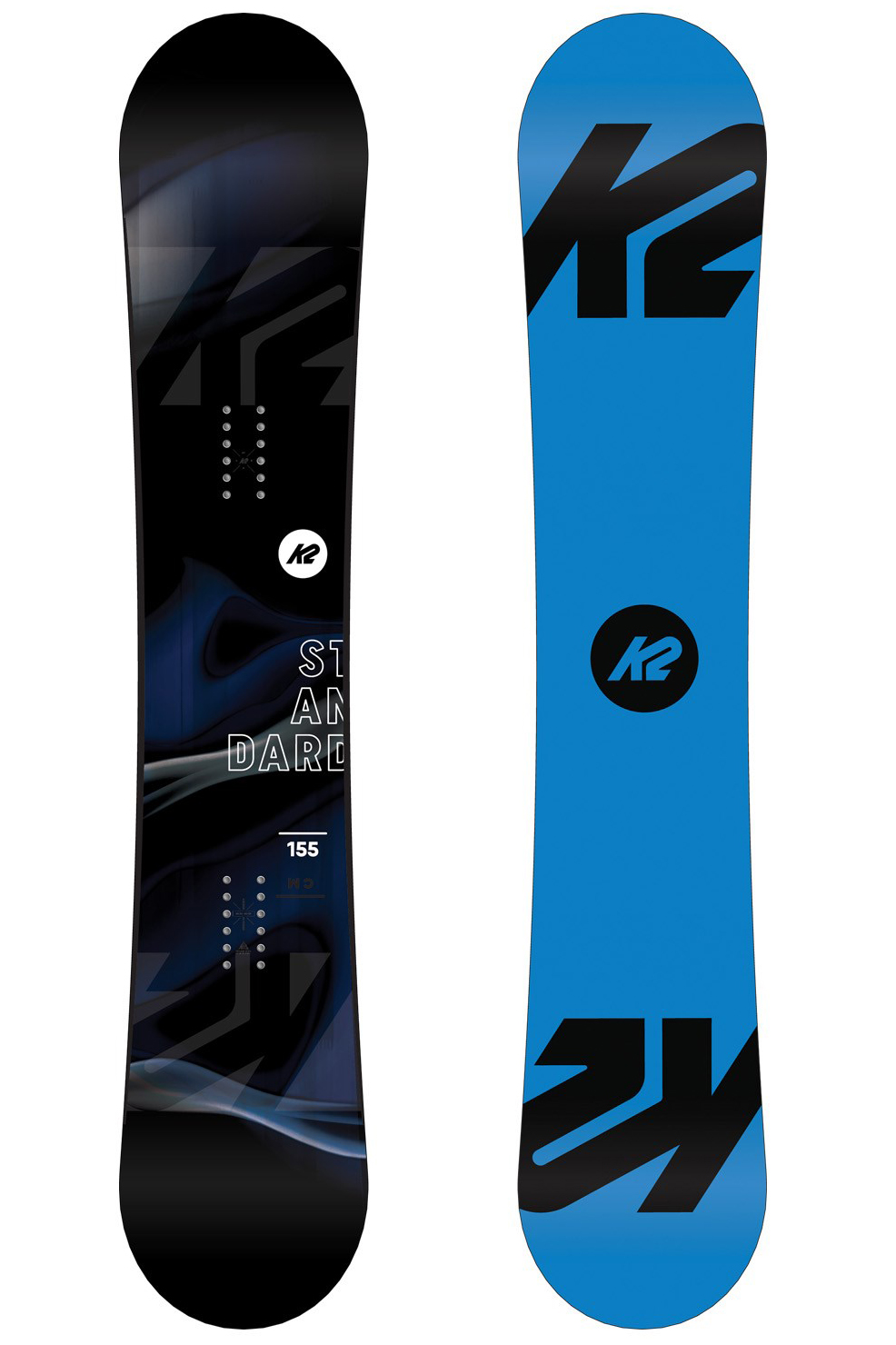 Takeaway: The K2 Standard has been an expert favorite for several seasons, and it's hard to find owners who have a bad thing to say about this snowboard. It has a moderate amount of flex, to forgive the occasional newbie mistake, and a flat baseline that makes it relatively easy to learn how to carve and turn, especially in powder. This is a directional-twin board, meaning it's designed to be ridden primarily with the nose facing downhill, but it still allows switch riding for beginner tricks like a frontside 180, where you end up riding tail first. Unlike some beginner snowboards, the Standard has a 2-by-4 hole pattern that allows more options for mounting bindings. It's got a three-year warranty, which is long for a beginner board. This K2 snowboard also made a list of the seven best beginner boards for 2018-19 on the enthusiast site Outside Pursuit. 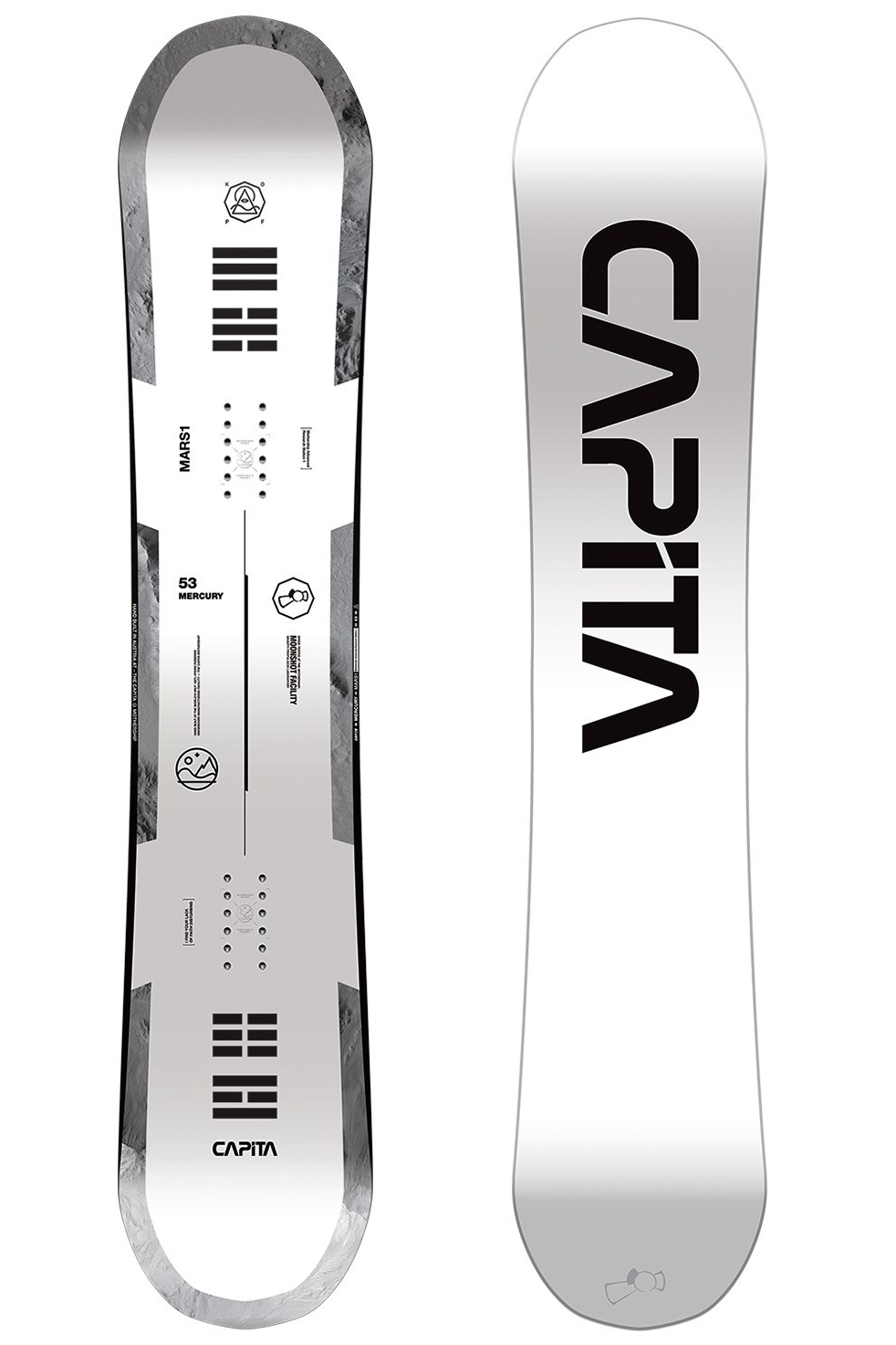 Takeaway: Once you're ready to upgrade from a beginner board, be prepared to spend twice as much for a good intermediate all-mountain snowboard, regardless of the brand. Reviewers say this Capita snowboard is a good choice for riders with a few seasons of experience who want to do it all on the slopes. Equally good at cruising and bombing, this directional, cambered board has plenty of flex for jumps and halfpipe riding. It holds an edge reasonably well on hard pack and ice, riders say, although some wish it were a little grippier. One drawback: It's not very responsive carving into turns. This board carries a two-year warranty. 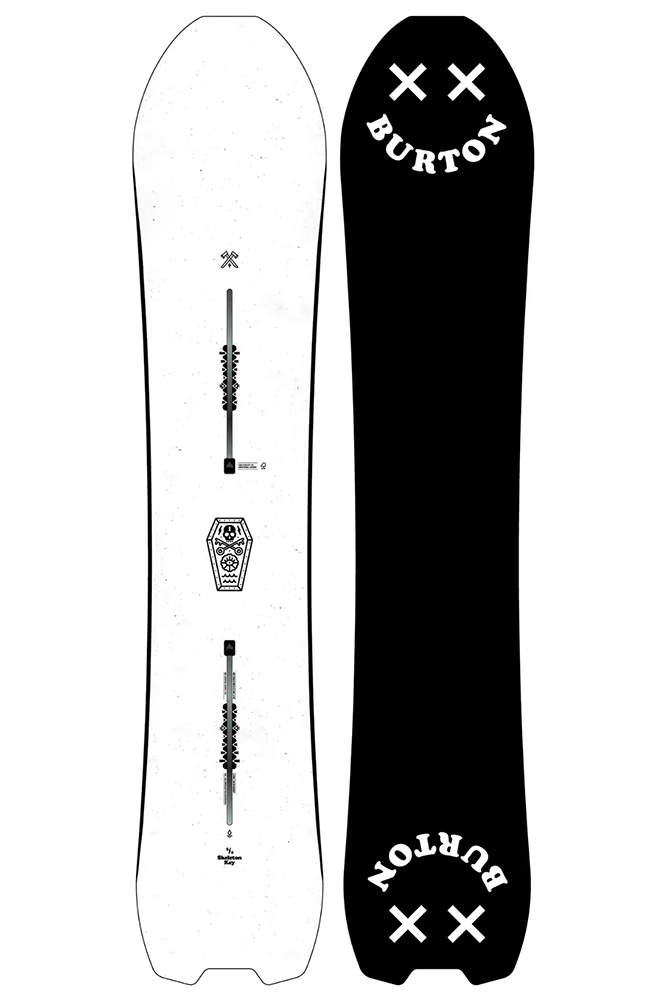 Takeaway: Once you're ready to graduate to the steeps and powder of black-diamond and double-black runs, you need a board that can rise to the challenge. Experts say the Burton Skeleton Key is a nimble directional snowboard with a swallowtail (that cutout in the rear) that's perfect for cruising favorite downhill runs, especially in powder. It's got a cambered baseline that distributes the rider's weight evenly over a smaller area, resulting in responsive performance on turns, on moguls, and in the trees. A fairly high nose gives this moderately flexy board plenty of spring to pop ollies all day long. But serious riders say a stiffer board would be better suited to aggressive tricks in the terrain park, especially on the halfpipe. Like most Burton snowboards, this one carries a three-year warranty. 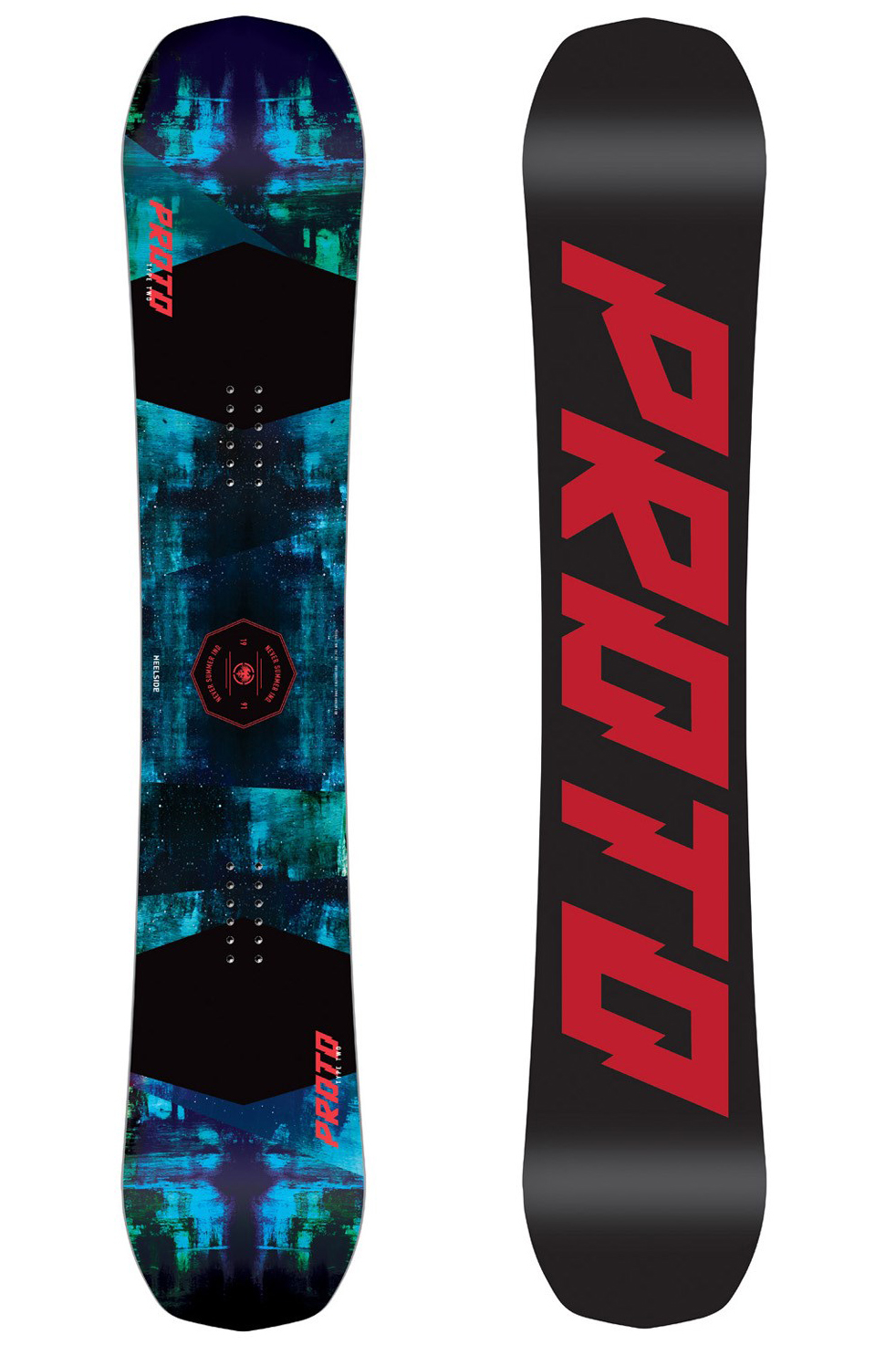 It's more expensive than the Burton Skeleton Key, but reviewers say the Never Summer Proto Type Two is another all-weather champ that's easy to ride on everything from powder to hard pack. It's a directional board that's quick to carve on downhill runs, eager to take on the halfpipe, and full of pop for ollies. The flex is moderate, and riders say it can handle uneven terrain with ease, thanks to the hybrid camber/rocker baseline. Switch riders are especially keen on this Never Summer snowboard in reviews. The Proto Type Two carries a three-year warranty. 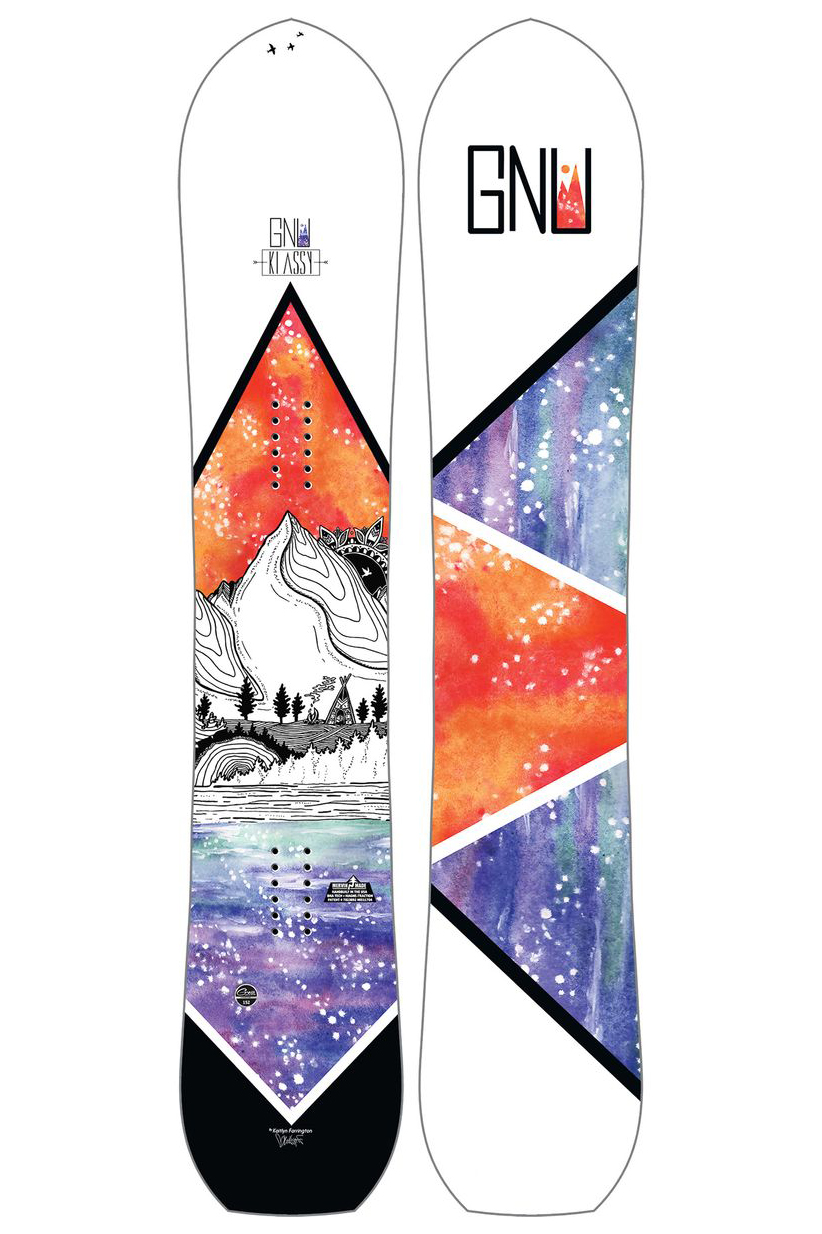 Takeaway: Experts say women don't necessarily need a gender-specific board unless they find that a slightly narrower, shorter women's snowboard gives them the best fit. The Gnu Klassy is a directional snowboard designed for experienced female riders who like to cruise the runs and play in the park. Like other snowboards for advanced riders, this one has a hybrid camber/rocker baseline (a slightly bowed center with a cambered nose and tail). The result, riders say, is a responsive board that's quick to change directions no matter what the terrain, with a grippy edge that holds fast on tight, icy turns. Reviewers say it's got plenty of flex and pop to ollie all day long. This Gnu snowboard was also named the 2018-19 best value in an eight-board comparison test by the enthusiast site TransWorld. 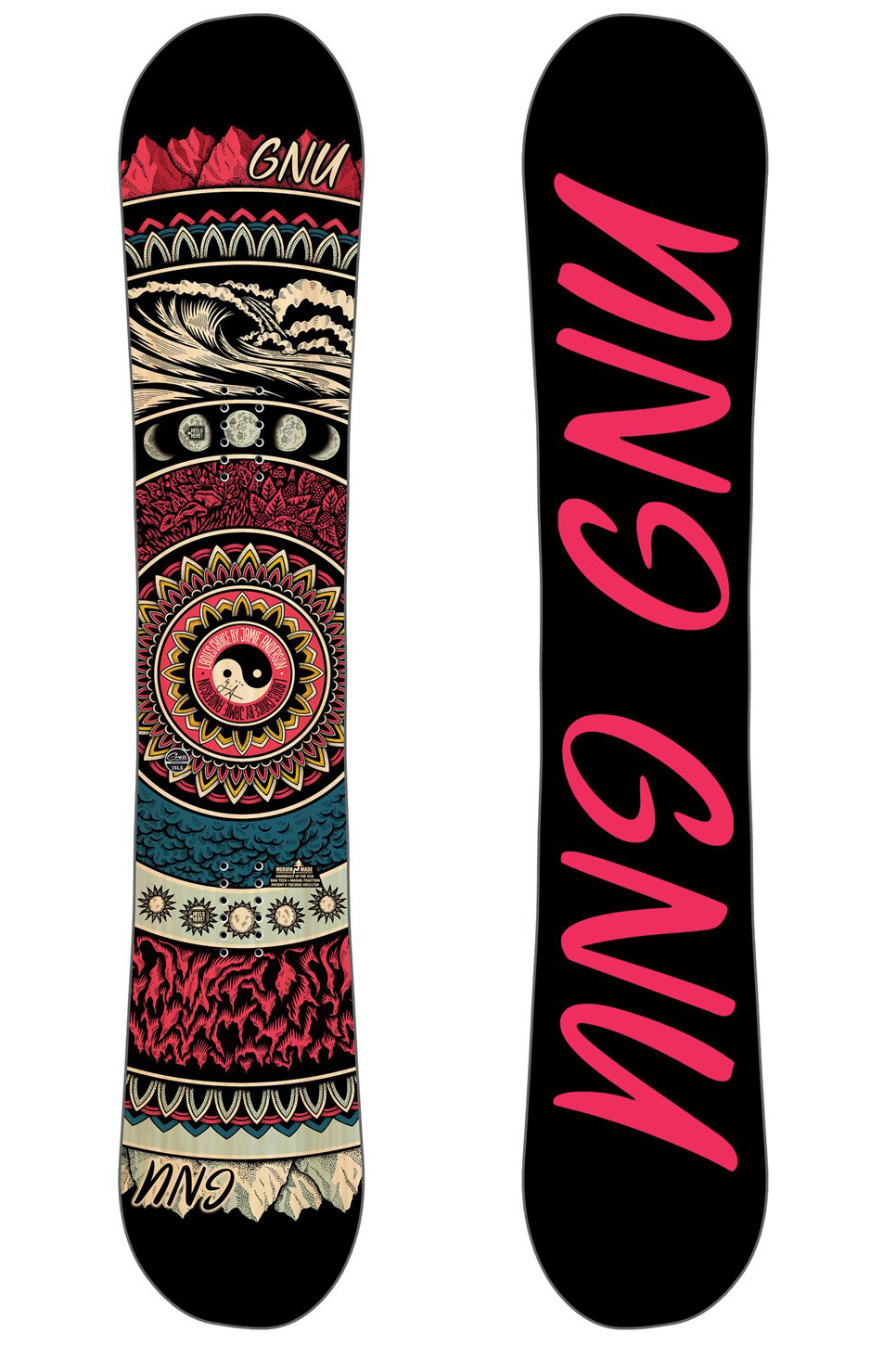 This women's snowboard is a pricier alternative to the Gnu Klassy, but it delivers performance in hard and icy conditions that less expensive boards can't match, reviewers say. As a directional board with a hybrid camber/rocker baseline, the Gnu Asym Ladies Choice C2X is at home everywhere on the mountain, from groomed runs to the terrain park to the backcountry. Some boards in this class may be more responsive when it comes to turning and carving, riders say, but few deliver such balanced all-around performance. 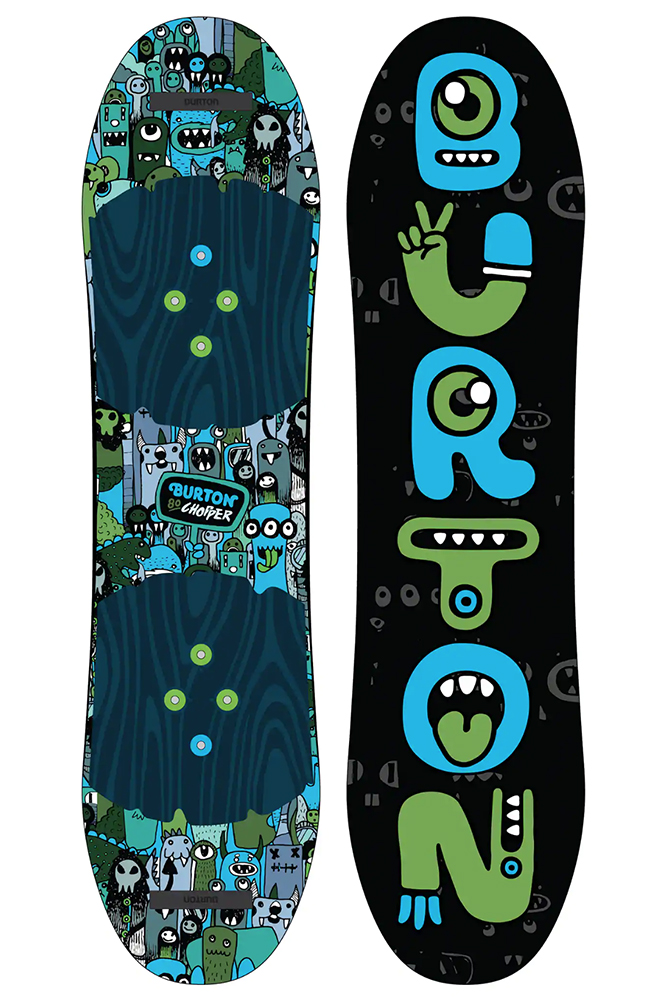 Takeaway: The Burton Chopper began as an adult model, but over the years it's morphed into a snowboard for kids that is praised by pros and parents alike as just about perfect for getting youngsters interested in riding. It's a true twin board, meaning the tip and tail are identical and the deck is flat. That translates into an easy-riding board with a wide center of gravity. The edges are raised to reduce the number of spills and face-plants that come with learning how to snowboard. Burton says the Chopper is designed for boys, but experts say a gender-specific board isn't necessary to find the best fit. The company does have a separate line of girls' boards, which are available in slightly narrower and shorter sizes. 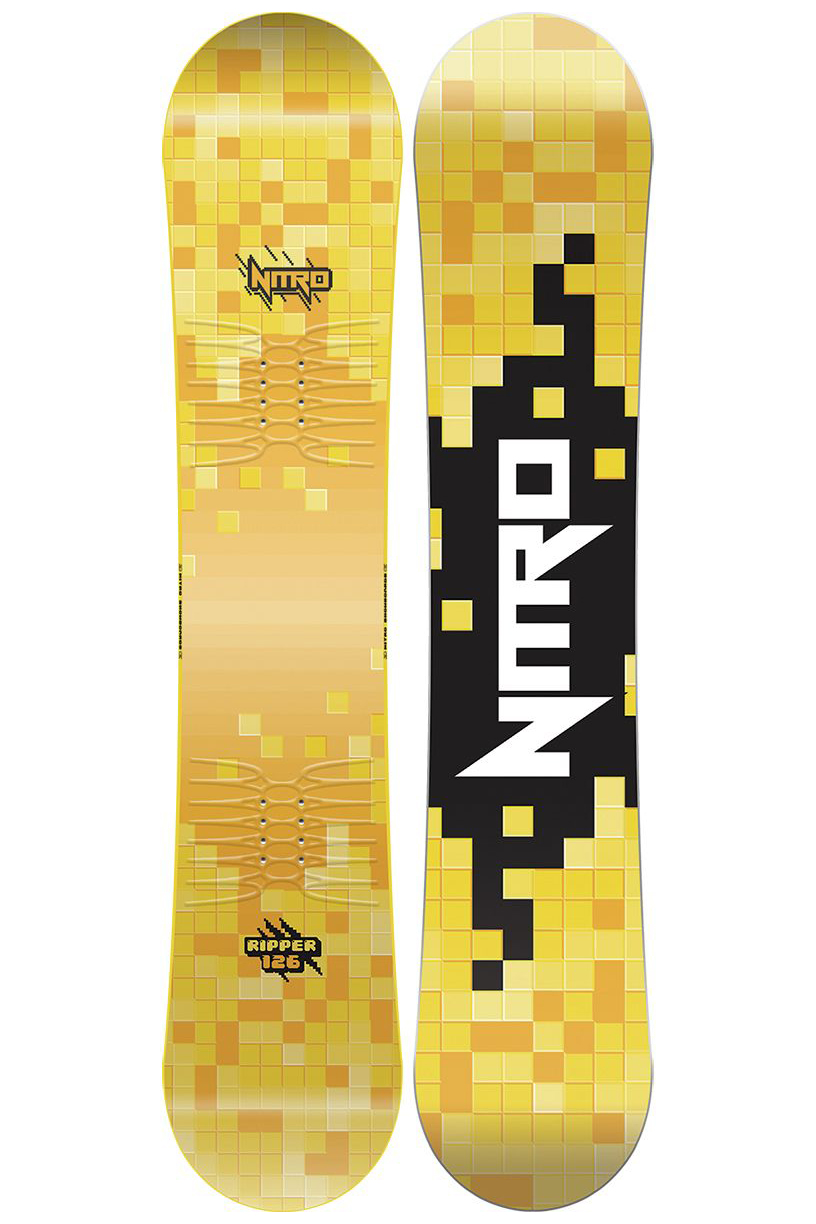 If you can't find the Burton Chopper in stores, reviewers say the Nitro Ripper is a fine alternative for a kids' snowboard. Like any good beginner board, it has plenty of flex and a directional design with a flat baseline for easy riding. This Nitro snowboard is available in a slightly smaller range of sizes than the Burton, but there are models for kids who weigh about 35 to 100 pounds, as well as wide decks. 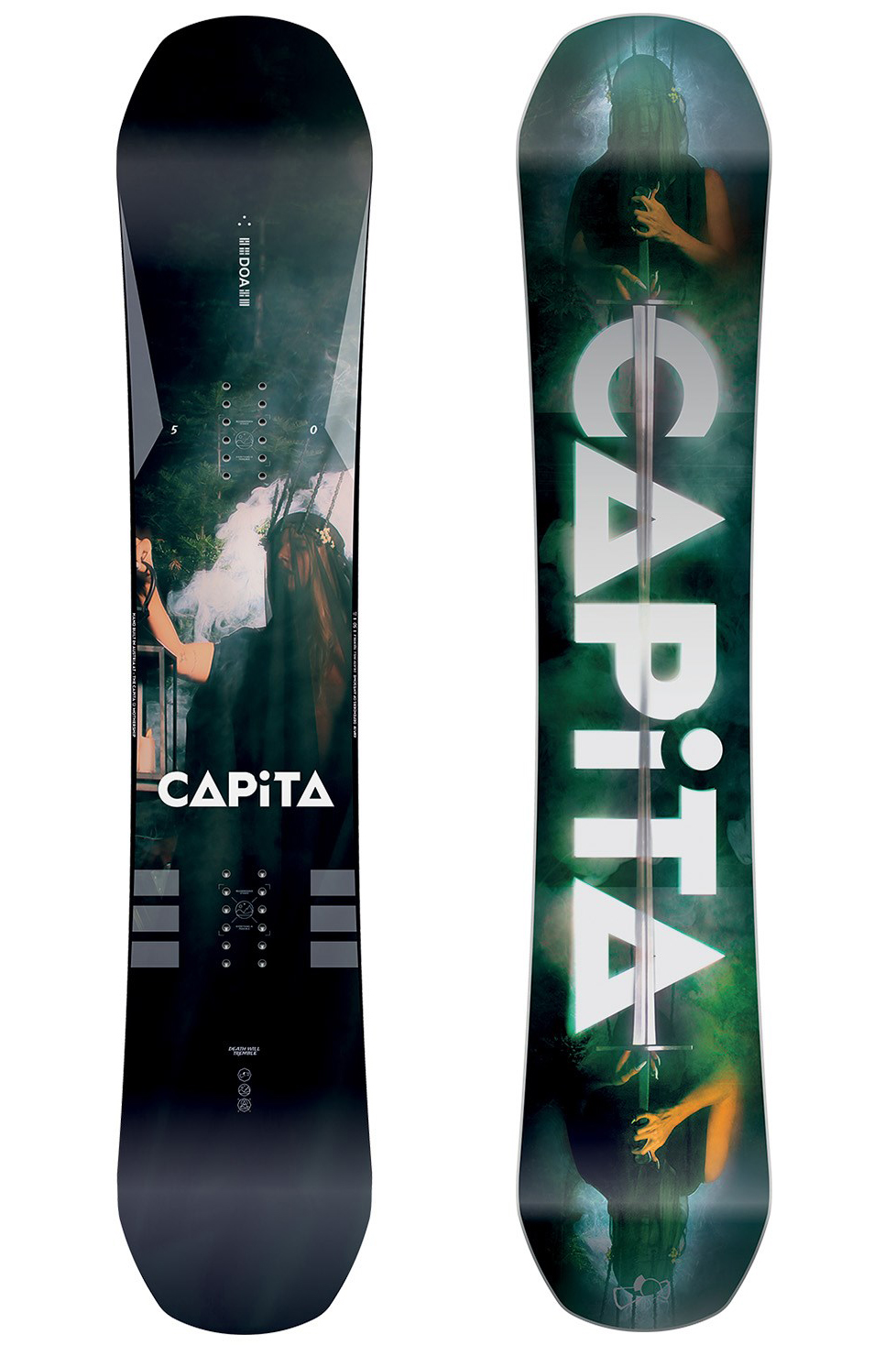 Freestyle snowboards are designed for grinding rails, catching air, and jumping barrels in the park. In general they are more flexible, which allows for graceful landings and enhanced mobility on rails. This cambered directional board has been a reviewer favorite since it debuted in 2012, making a number of best-of lists. It's the top all-mountain pick for the 2018 season on the enthusiast site Snowboard.com. Although this Capita snowboard is sometimes marketed as an all-mountain board, riders say it really shines in the terrain park. This isn't a snowboard for beginners, however. The relatively dull edges on this specialized board can make it difficult for inexperienced riders to make sharp turns. It's stiffer than other boards in this class, giving ollies extra pop without being too soft for jibbing.

Weirdest House in Every State

Tell-Tale Signs You're Too Cheap

Behind every budget is a bucket list. From travel, food and lifestyle to product reviews and deals, we’re here to show you how to save and what’s worth saving for.

Cheapism in the News